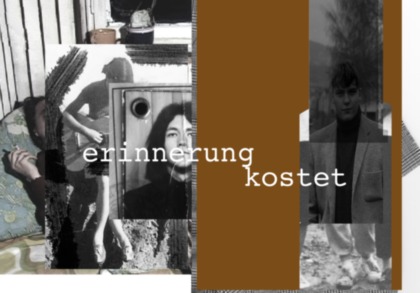 Edition of 70, plus 30 ap
Numbered and signed by Rosemarie Trockel 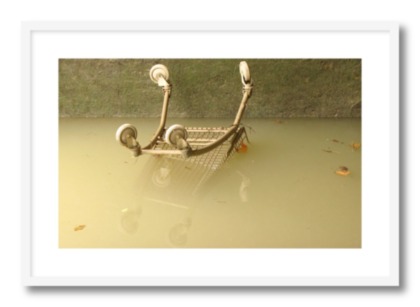 Edition of 36, plus 6 ap
Numbered and signed by Alfredo Jaar 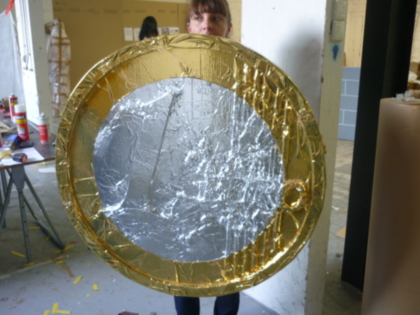 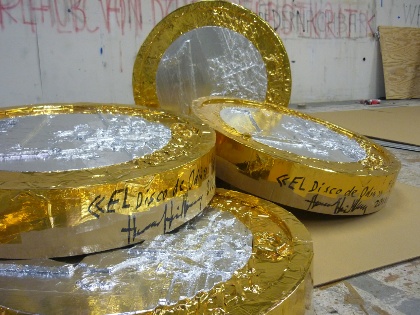 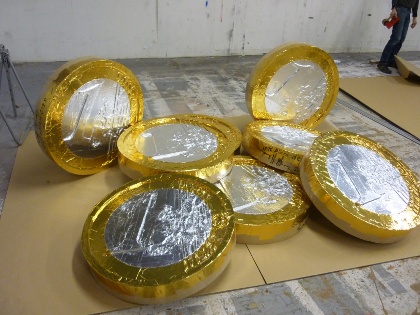 Edition of 8, plus 1 ap
Numbered and signed by Thomas Hirschhorn

I am a woodcutter. My name doesn’t matter. The hut I was born in, and where I’m soon to die, sits at the edge of the woods. They say these woods go on and on, right to the ocean that surrounds the entire world; they say that wooden houses like mine travel on that ocean. I wouldn’t know; I’ve never seen it. I’ve not seen the other side of the woods, either. My older brother, when we were boys he made me swear that between the two of us we’d hack away at this woods till there wasn’t a tree left standing. My brother is dead now, and now it’s something else I’m after, and always will be. Over in the direction where the sun goes down there’s a creek I fish in with my hands. There are wolves in the woods, but the wolves don’t scare me, and my ax has never failed me. I’ve not kept track of how old I am, but I know I’m old—my eyes don’t see anymore. Down in the village, which I don’t venture into anymore because I’d lose my way, everyone says I’m a miser, but how much could a woodcutter have saved up? I keep the door of my house shut with a rock so the snow won’t get in. One evening I heard heavy, dragging footsteps and then a knock. I opened the door and a stranger came in. He was a tall, elderly man all wrapped up in a worn-out old blanket. A scar sliced across his face. The years looked to have given him more authority than frailty, but even so I saw it was hard for him to walk without leaning on his stick. We exchanged a few words I don’t recall now. The finally the man said:
“I am without a home, and I sleep wherever I can. I have wandered all across Saxony.”
His words befitted his age. My father always talked about “Saxony”; now people call it England.
There was bread and some fish in the house. While we ate, we didn’t talk. It started raining. I took some skins and made him a pallet on the dirt floor where my brother had died. When night came we slept.
It was toward dawn when we left the house. The rain had stopped and the ground was covered with new snow. The man dropped his stick and he ordered me to pick it up.
“Why should I do what you tell me to?” I said to him.
“Because I am a king,” he answered.
I thought he was mad. I picked up the stick and gave it to him. With his next words, his voice was changed.
“I am the king of the Secgans. Many times did I lead them to victory in hard combat, but at the hour that fate decreed, I lost my kingdom. My name is Isern and I am of the line of Odin.”
“I do not worship Odin,” I answered. “I worship Christ.”
He went on as though he’d not heard me.
“I wander the paths of exile, but still I am king, for I have the disk. Do you want to see it?”
He opened his hand and showed me his bony palm. There was nothing in it. His hand was empty. It was only then that I realized he’d always kept it shut tight.
He looked me in the eye.
“You may touch it.”
I had my doubts, but I reached out and with my fingertips I touched his palm. I felt something cold, and I saw a quick gleam. His hand snapped shut. I said nothing.
“It is the disk of Odin,” the old man said in a patient voice, as though he were speaking to a child. “It had but one side. There is not another thing on earth that has but one side. So long as I hold it in my hand I shall be king.”
“Is it gold?” I said.
“I know not. It is the disk of Odin and it has but one side.”
It was then I felt a gnawing to own the disk myself. If it were mine, I could sell it for a bar of gold and then I would be a king.
“In my hut I’ve got a chest full of money hidden away. Gold coins, and they shine like my ax,” I told the wanderer, whom I hate to this day. “If you give the disk of Odin to me, I will give you the chest.”
“I will not,” he said gruffly.
“Then you can continue on your way,” I said.
He turned away. One ax blow to the back of his head was all it took; he wavered and fell, but as he fell he opened his hand, and I saw the gleam of the disk in the air. I marked the place with my ax and I dragged the body down to the creek bed, where I knew the creek was swollen. There I dumped his body.
When I got back to my house I looked for the disk. But I couldn’t find it. I have been looking for it for years.