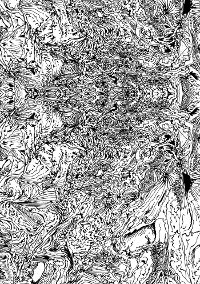 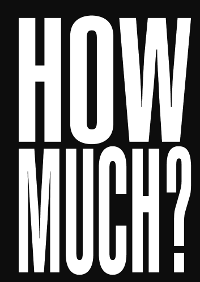 1
INAESTHETICS is a place of possible encounters with art and philosophy within the horizon of such universal topics as love, money, freedom, justice, reason, body, gender, beauty, passion, politics, animality, etc. To facilitate such encounters, we need, as Gilles Deleuze put it in his ‘Abécédaire”, ‘to go beyond philosophy by means of philosophy’.

2
In INAESTHETICS, philosophical and artistic perspectives, positions and practices, together with their diverse forms of expression, are given a voice. The contributions are visual or conceptual. But hybrid forms realising a topic in a “distinct oscillation”1 between text and image are also presented, providing they address decisive philosophical or artistic statements.

3
INAESTHETICS recognises art and philosophy as independent yet equal ways of thinking and making contact with truth. Adorno has already pointed out how the truth content of philosophy and art converges. An artwork’s truth is not what it means “but rather what decides whether in itself the work is true or false”.2 Consequently, when confronting art, the aim cannot be to translate it into the language of non-art, but take it seriously in itself, i.e. to think in art. Accordingly, INAESTHETICS presents art contributions on a par with philosophical articles as reflective compositions in themselves and independent claims about truth.

4
INAESTHETICS is interested in living philosophy which not only relates to what is considered to be true as an ideology-critical movement of freedom, but also proves to be, as a non-positive affirmation, a movement aimed at a different way of thinking and acting beyond the prevailing world of facts. As Michel Foucault once asked: “What is philosophy if not a way of reflecting, not so much on what is true and what is false, as on our relationship to truth? ... The movement by which, not without effort and uncertainty, dreams and illusions, one detaches oneself from what is accepted as true and seeks other rules – that is philosophy. This displacement and transformation of frameworks of thinking, the changing of received values and all the work that has been done to think otherwise, to do something else, to become other than what one is – that, too, is philosophy.”3

5
Art connects with philosophy as both affirmation and resistance. Affirmation does not mean approval. Affirmation means positively exploring the incommensurability of reality. Opening up to the world, as it is. For that reason, a certain resistance belongs to such an affirmation, resistance against a pattern of reality excluding incommensurability. The world of established commensurabilities – the homogenised world of facts – owes its consistency, thus illusory, to this exclusion. If art, as Adorno demanded, has to “evoke chaos”4, it is to make the consistence of the existent brittle, but in such a way that it simultaneously knows how strongly the appeal to the chaotic is already orthodoxy.

"Inaesthetics" is a concept introduced by Alain Badiou. It designates the relationship between art and philosophy. In his Petit Manuel d’inesthétique from 1998, Badiou defined this relationship more closely:

"By 'inaesthetics' I understand a relation of philosophy to art that, maintaining that art is itself a producer of truths, makes no claim to turn art into an object for philosophy. Against aesthetic speculation, ‘inaesthetics’ describes the strictly intraphilosophical effects produced by the independent existence of some works of art."5

The linking of art and philosophy should not take place at the price of reducing philosophy to art. Neither should philosophy surrender itself to a Romantic transfiguration of the art work in order finally to want to become art itself. Art and philosophy are linked by a certain relation to truth. Art produces truths and it is the task of philosophy "to show art as such", to function as a kind of "go-between in our encounters with truths, the procuress of truth."6

The journal, Inaesthetics, is dedicated above all to this idea or, let us say, as ingenuously as possible to this ideal of autonomous collaboration and friendship. Our aim is, instead of pursuing a single direction in thinking, to give room to the contradictoriness which keeps the thinking of art and the thinking of philosophy, as well as the thinking of the friendship between art and philosophy, in a state of permanent unsettledness, an unsettledness stemming from contacts with truth itself insofar as by truth we understand that which prevents the subject from calming itself down and enclosing itself in its everyday evidence.

Perhaps art and philosophy are privileged ways of shaking up evidence since their assertions of form and truth do not seem to be made to confirm the subject in its opinions and certainties. The experience of art and philosophy always leads the subject of these experiences into an area of uncertainty and unsureness. At the limit of the established realities of facts, the subject begins to experience its realities as inconsistencies, as, at least, porous constants whose constancy remains doubtful.